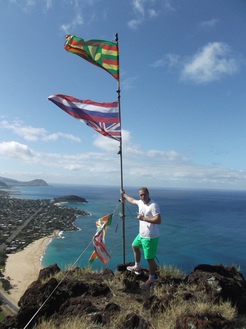 Throughout this course I have had the privilege of exploring different genres of writing. I was also able to write about a specific issue relating to this year’s theme of landscapes of struggle. My specific issue I chose to write about this semester was Native American Issues. The reason I selected this topic was because of my connection to it. I had just recently returned from a two year humanitarian service mission to the islands of Hawaii. While I was there I interacted with Native Hawaiians and saw how many lived in poverty.  My perspective change over the semester as I learn new genres of writing. I had to look at my issue in a different lens. I saw the injustice that existed among Native Hawaiians from the other who overtook and occupied their land. Many sources reshaped my thinking and writing on my issue but one that really influenced me was the personal diary of Queen Lili’oukalani. It gave me an inside look at her thoughts and emotions as she went through her abdication and imprisonment. It also showed me how the Queen felt compassion for her captors and forgave them for what they had done.

For my magazine contributions I chose to revise my memoir and my profile with an adaptation. I decided on my memoir revised because I felt it would be able to appeal to a wider audience. I chose it over an adaptation also because it was the one paper I felt was the strongest of the ones I had written.  We also we required to have this piece in the magazine so it was an automatic choice. I chose the Profile over my Report because the Profile was more compatible with the Memoir.  They both focused on Native Hawaiians and my experiences with them. They also both are personal pieces where I focus in on one or a series of specific events, unlike the report where my purpose was to inform the reader on general problems. The reason I chose to present the Profile in an adaptation instead of revising is because I felt my adaptation into a photo essay was a way to show the story of Queen Lili’oukalani  visually. My audience would be able to see the story evolve through the pictures. I also chose the Profile over other pieces I wrote because I felt it was one of my stronger pieces. It received the best grade so far out of all my projects that have been done in the class. By attempting to do a photo essay I learned that pictures connect us to those who came before us, they ignited memories, and they manifest emotions that words cannot.

During this process of collaborating I have had many experiences with my group that has strengthened my leadership skills. My role in the group was Editor-in-Chief. I would make sure everyone did their part, submitted their assignments, and did final checks on group papers.  With revisions everyone was assigned to read every other group member’s paper and provide feedback. I also read and gave feedback to each member on the pieces they wrote for the group. During the protest each member had their part to contribute as well. I wrote my part for the proposal and help make the flyers that we passed out during the public awareness campaign.  I was fortunate to get a great group and was able to work well with each member on the team. I also made sure each role was being fulfilled by the assigned team member. We each made contributions to the Editors' note. I help craft the design and write the adaptation for the proposal.  I have learned a lot in this class about writing and I will apply it into my writing now.